Case Study: How working smarter can halve your media spend 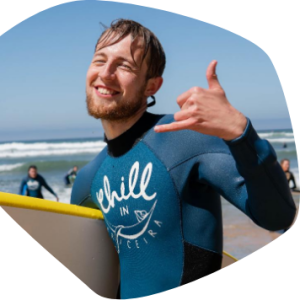 When many hoteliers want their hotels posts to be seen more, they click the useful little ‘Boost’ button which allows them to increase their posts reach by as much as they are willing to pay.

However, we have never done this for our clients, instead preferring to create a good ol’ fashioned paid ad. We do this because the targeting options and creative flexibility is far greater than with a simple boost.

For The Swan, they wanted to promote their summer pop-up bar to the local community. Had they done this previously, they would have boosted it and random people, local and otherwise would have seen the post, maybe some of them would have been a good match but in most cases, not.

Instead of this, we created a new advert, maximising on creative options, carefully developed copywriting and most crucially, very specific targeting. This bar was aimed at young & ‘trendy’ people in the local area so, we set the targeting to include the nearby urban areas for people who are interested in nightlife and other similar topics. We overlayed this with an age bracket and away we went.

The results spoke for themselves. The new pop-up bar has been packed ever since and the post itself was an overachiever against Facebooks recent performance benchmarks.

Having invested over £2 million in paid ads, this campaign wasn’t the biggest spender we have run, however, it still shows what can be achieved when you are squeezing every penny. When our clients need to promote a new service or, just want to promote something year-round, we set up similarly efficient ads on search & social, with the aim to pay for ourselves in saved media spend and hassle.

If you would like to learn more about our paid media services or, explore our bespoke solutions, click on the above links. 🙂

Alternatively, get in touch here for a no obligations chat – we love helping!